All our instructors are professionals who have been developed to offer the highest quality instruction. Every member of our instructor team is approachable, caring, and possesses a true love for teaching martial arts. After taking just a few lessons, you will see why USA Karate is the right choice for martial arts.

Gabriel Vargas, MS
Title: Director
Rank: 5th Degree Blackbelt Tae Kwon Do
About: Promoted to 5th degree black belt in tae kwon do under Mr. Mike Tucker in 2015, Mr. G Vargas has amassed over twenty years of experience in the martial arts.  He is a third degree black belt in the kyu shin ryu jiu-jitsu system under Zdenek Matl.  He was Certified Sandan on March 27th, 2017 in the World Wide Martial Arts Association.  Gabriel currently trains in Brazilian jiu-jitsu and has earned his brown belt under Professors Vinicius “Draculino” Magalhaes and Marcelo “Uirapuru” Azevedo at Gracie Barra Pearland.

In 2005, Mr. G Vargas was AOK state champion in team kata, alongside his twin brother, Emilio Vargas.  In 2006, he won gold in the point fighting division.  Gabriel’s goal is to gain experience competing in jiu-jitsu tournaments, specifically in the IBJJF.

Gabriel studied mathematics at the University of Houston while training and working on and off at the karate school.  He graduated with a MS in mathematics in December 2014.  It was during this time that he developed a love of teaching and instruction.  He taught in the Pearland Independent School District for a period of time after graduation in early 2015.  Mr. G Vargas earned a director’s certificate and is fully authorized to run a state-licensed school-age program. 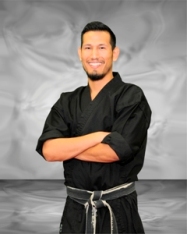 Emilio Vargas, MA
Title: Site-Director
Rank: 5th Degree Blackbelt Tae Kwon Do
About: Mr. Emilio Vargas was promoted to 5th degree black belt under Mr. Tucker in July of 2015.  Early in his black belt career, he competed in several state-wide tournaments in the AOK (amateur organization of karate) and won over one hundred awards.  He won state champion in team kata in 2005 and 2006.  During his martial arts training, Emilio developed a passion for boxing.  He competed in several local amateur boxing matches and won the Southeast Texas Regional Golden Gloves Champion in 2006.

In addition to excelling in martial arts and boxing, Emilio studied at the University of Houston-Clear Lake, where he graduated with a MA in criminology in December 2017.  He has presented research at conferences and earned his Child Care Administrator Occupational Certificate.  Emilio is currently studying business and leadership at his alma mater.

Mr. E Vargas has a pivotal role at USA Karate as the site-director.  Emilio will continue this role and hopes to eventually enter law enforcement. 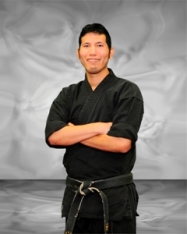